I love this post from Su Leslie of Zimmerbitch. My comment at the time was, “Wow, what a beautiful post, photographically, articulately and, oh yes, certainly metaphorically! ? I hope you enjoy this guest author post as much as I did. 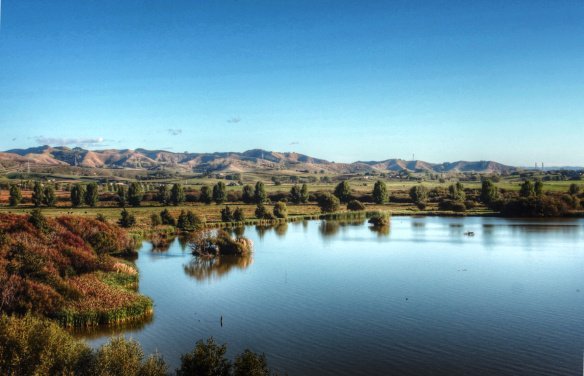 My little escape to the Waikato is over and I’m back at my desk. Although the sun is still shining today, I’m already missing the big skies and expansive views that both dwarfed and nestled me while I was away. 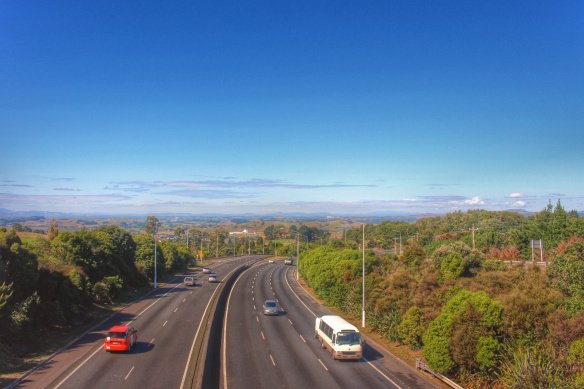 “The end of Auckland.” State Highway 1, and south to the Waikato from the Nikau Road overbridge. Image: Su Leslie, 2016.

It is sometimes said that “real” New Zealand begins south of the Bombay Hills, which mark the place where southern Auckland becomes northern Waikato. I spent some of the happiest of my early years in a small South Waikato town, and still get a rush of longing when I feel I’ve left Auckland behind. 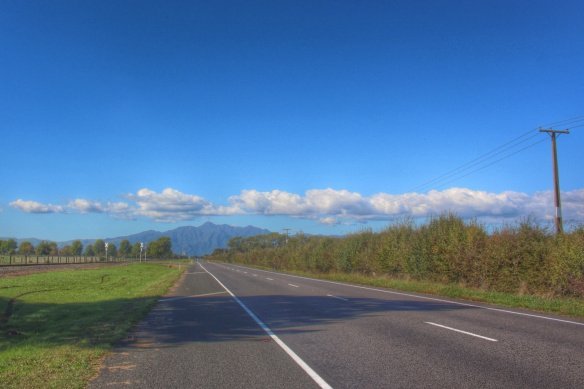 Traffic congestion is one of the things I find most stressful in my current life. I hate the environmental impact of thousands of semi-stationary cars and I hate the waste of my time and emotional energy; trapped in my car, or planning alternative routes and workarounds. New Zealand isn’t a huge country, but there are so many places where traffic isn’t a problem — what are we doing wrong? 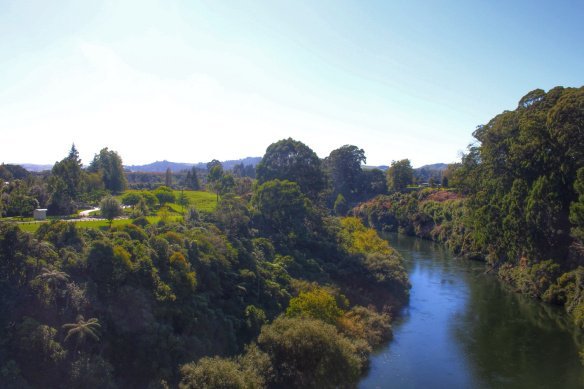 I am happiest near water, and while I’ve been a long way from the coast for the last couple of days (relatively speaking — this is New Zealand), I spent time by the Waikato River, and finally “found” Lake Waikare — which I’ve glimpsed hundreds of times from the car. Apparently, it’s less than two metres deep — and sadly, quite polluted. It did look lovely from my vantage point though (1). 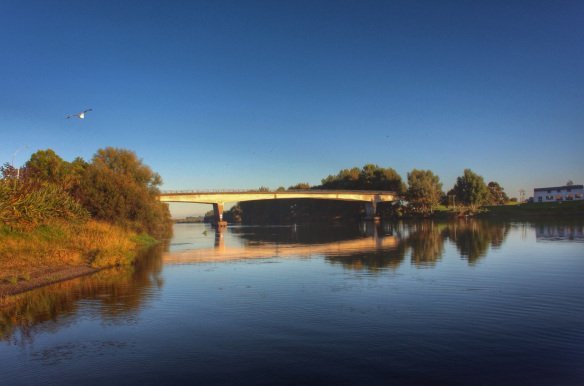 “Life is like a landscape. You live in the midst of it but can describe it only from the vantage point of distance.” — Charles Lindbergh

Despite the brevity of my time away, I think I have achieved some of the clarity that Lindbergh talked about. I don’t know what the future is going to look like, but I do know that it’s easier to plan when I’m not in the middle of everything that isn’t working anymore.
Photographs published by permission. This post is courtesy of  Guest Author; Su Leslie of Zimmerbitch 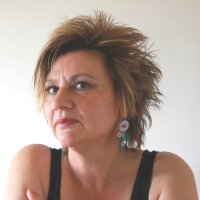 Su is the talented blogger and photographer behind the blog, https://zimmerbitch.wordpress.com. She is also a mother, writer, business information and communication consultant. You can find her on Twitter @suleslie.

Students Honour Indigenous Lands And People
Next Post: When The Angels Whisper