You are here: Home / Life / Thou Douth Protest Too Much!

Are you ready for a bit of sarcasm? Okay then, let’s go.

It’s always the way. The kettle calls the pot black, and the person who makes the most fuss about something is the one who is most guilty of doing it! It’s so simple and so obvious that I’m continually amazed when I see so many people doing it so often. 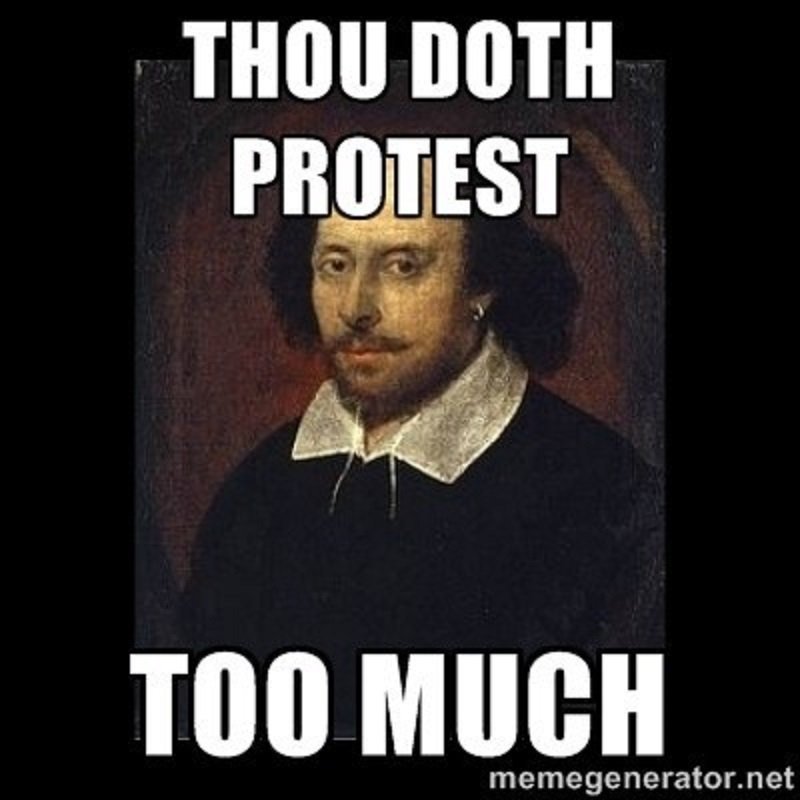 Let me think of a few typical examples.

What it all comes down to is hypocrisy. It seems to have become fashionable in some circles to complain about particular subjects. However, people need to be careful about pointing fingers. Remember the saying “For every finger you point, five are pointing back.”

Besides, blaming, complaining and pointing fingers is all so negative, it just makes the person doing it seem so negative. Isn’t it so much better to look for the good things and give your brain a break by letting all those happy chemicals flow!

As the saying goes, if you can’t say something nice, don’t say anything at all.

Sometimes, Just Somebody To Listen ~ Quote
Next Post: Who Are You: Part 2