You are here: Home / How 2 Navigate Life / 3 Life Lessons For Happiness. 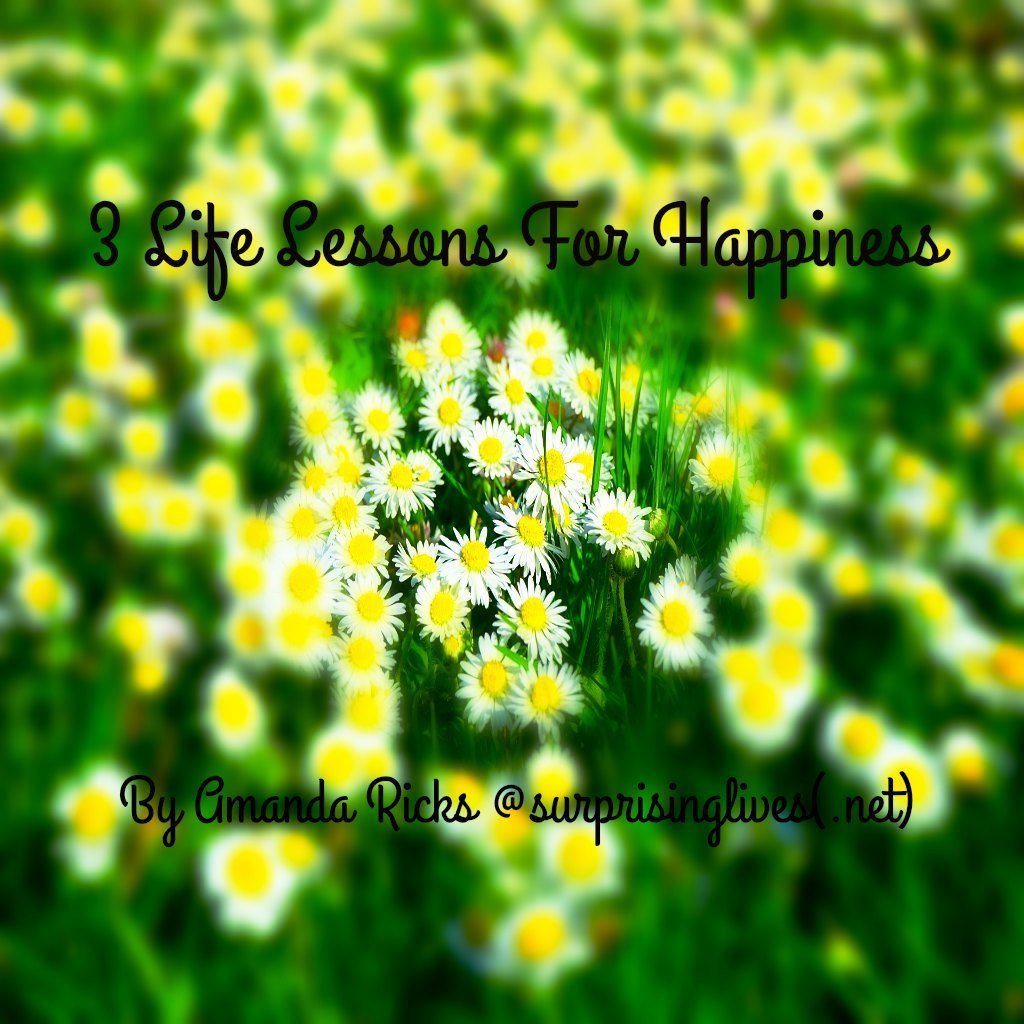 Happiness, the never ending goal of almost everyone. Unfortunately, all too often we tend to run after it as if it was a thing to possess. However, if we can let go of the driving force to achieve this thing called happiness and instead focus on a type of life that produces happiness we will all be much better off.

Sonja Lyubomirsky is a psychology professor at the University of California-Riverside and she’s spent the majority of her career studying happiness. She’s come to believe that in many ways, happiness is a skill.  “Research has accumulated to convincingly suggest that a large portion of happiness may be under people’s control through the activities they choose and how they construe and respond to situations in their lives,” she and postdoctoral researcher Kristin Layous wrote in Positive Emotion (Oxford University Press, 2014).

Here are three cognitive and behavioural strategies she says have been found to “reliably improve happiness.”

Contemplating mortality may seem like a stupid way of finding happiness, but a recent study co-authored by Lyubomirsky and currently in review suggests this may indeed be an effective strategy.

In the actual study, participants were either instructed to live the following month as if it was their last (in their current city) or to just keep track of their daily activities. Those in the first group reported higher levels of well-being at weekly check-ins during the four-week trial, as well two weeks after the test completion. What’s more, their welfare increased over time and, the authors write, “mediation analytics indicated that these differences were explained by greater connectedness, competence, and autonomy.”

It’s easier to appreciate something (be it a meal, a vacation or a city) when it is finite; when a resource is limited, its value increases. By imagining time as scarce, the authors speculate, we can jolt ourselves into refusing to take the positives for granted, to “seize the moment and extract greater well-being” from our lives. It’s a subtle but significant, variation on the cliché ‘live every day like it’s your last’. Instead, it’s about recognising that the good times won’t last forever – and appreciating them all the more because of it.

It’s surprisingly easy to adapt to a positive life event, be it marriage, a promotion or weight loss. However, Lyubomirsky writes in her book, “even the most beautiful or noteworthy events are susceptible to the process of hedonic adaptation, whereby they lose their emotional impact over time and through repeated exposure.”

Previous research suggests variety helps combat this effect: College students report being less able to adapt to dynamic life changes, (such as making a new friend or learning a new skill) than static ones (such as upgrading dorm rooms or receiving more financial aid).

Therefore, a good suggestion is whenever possible, to infuse variety into your life. This idea can mean finding a wider sample of enjoyable activities, as well as taking a break from certain ones altogether. By becoming more used to different things, you will be better and more capable of handling change.

When it comes to happiness, a great desire or effort isn’t enough. In fact, high levels of self-monitoring and self-focus have been associated with lower levels of well-being. Which is why actively working to increase the happiness of people close to you may be the best strategy to increase your happiness.

In a soon-to-be-released study co-authored by Lyubomirsky, participants were split into two groups; those in the first group were asked to actively try and make someone in their lives happy for four weeks while those in the second were just requested to track their daily activities.

“People who took steps to make a friend, family member, or roommate happy reported increases in happiness compared to those who merely kept track of their daily activities, thus supporting our contention that focusing on the well-being of others is good for mental health,” the authors wrote. “Thus, focusing on a close relationship helps people obtain greater fulfilment out of their daily lives and feel more grateful for what they have.”

A lot of people will, of course, have their own interpretation of the study results and suggestions from Sonja Lyubomirsky. As with all studies and the findings that are promoted each person needs to put them into their own life perspective. One can aim towards achieving the suggestions in your attitude and behaviour but fine tune them to suit you and your life.

*NOTE: THANK YOU VERY MUCH TO FLIPBOARD FOR FEATURING THIS ARTICLE!

Referenced to an article in Entrepreneur by Laura Entis