You are here: Home / Photography / Lines Of An Artist: Toronto Exhibition by Yayoi Kusama. 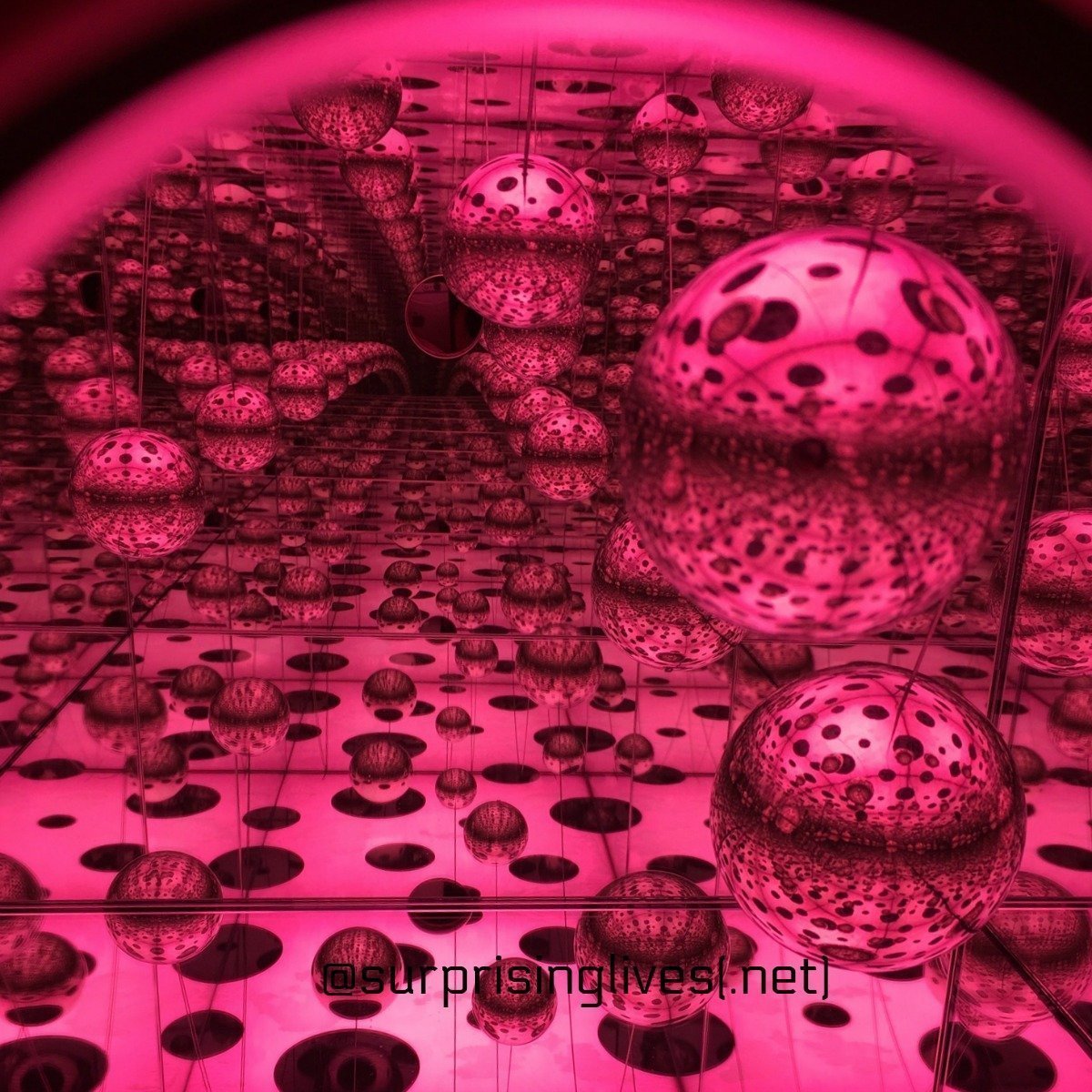 Toronto is currently featuring a stunningly beautiful exhibit from Yayoi Kusama at The Art Gallery Of Ontario. Her work and the displays are breathtaking and innovative leaving visitors with visions they could only imagine before. 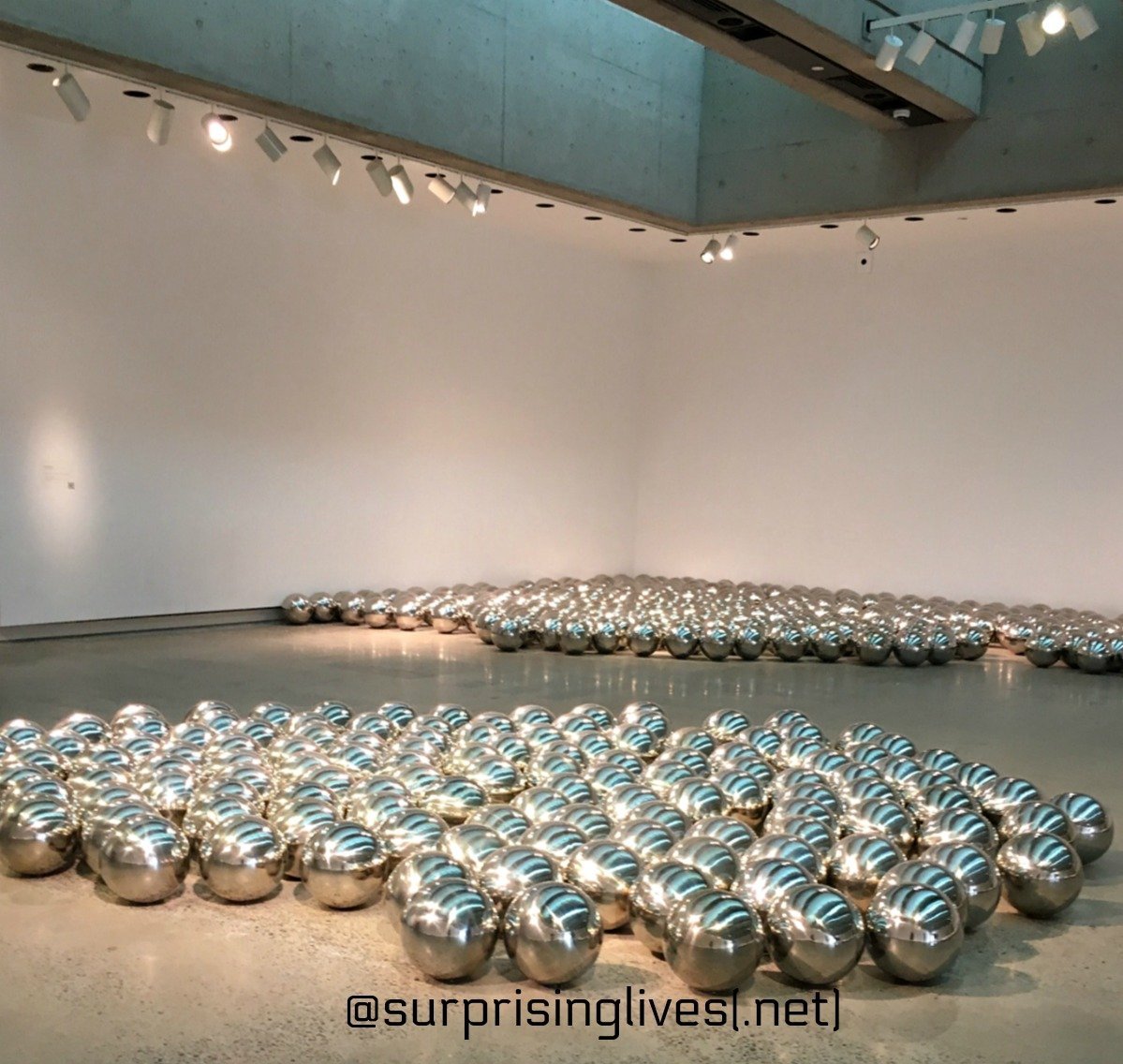 Ms. Kusama is also an outspoken and transparent artist willing offering explanations of what inspired her work. 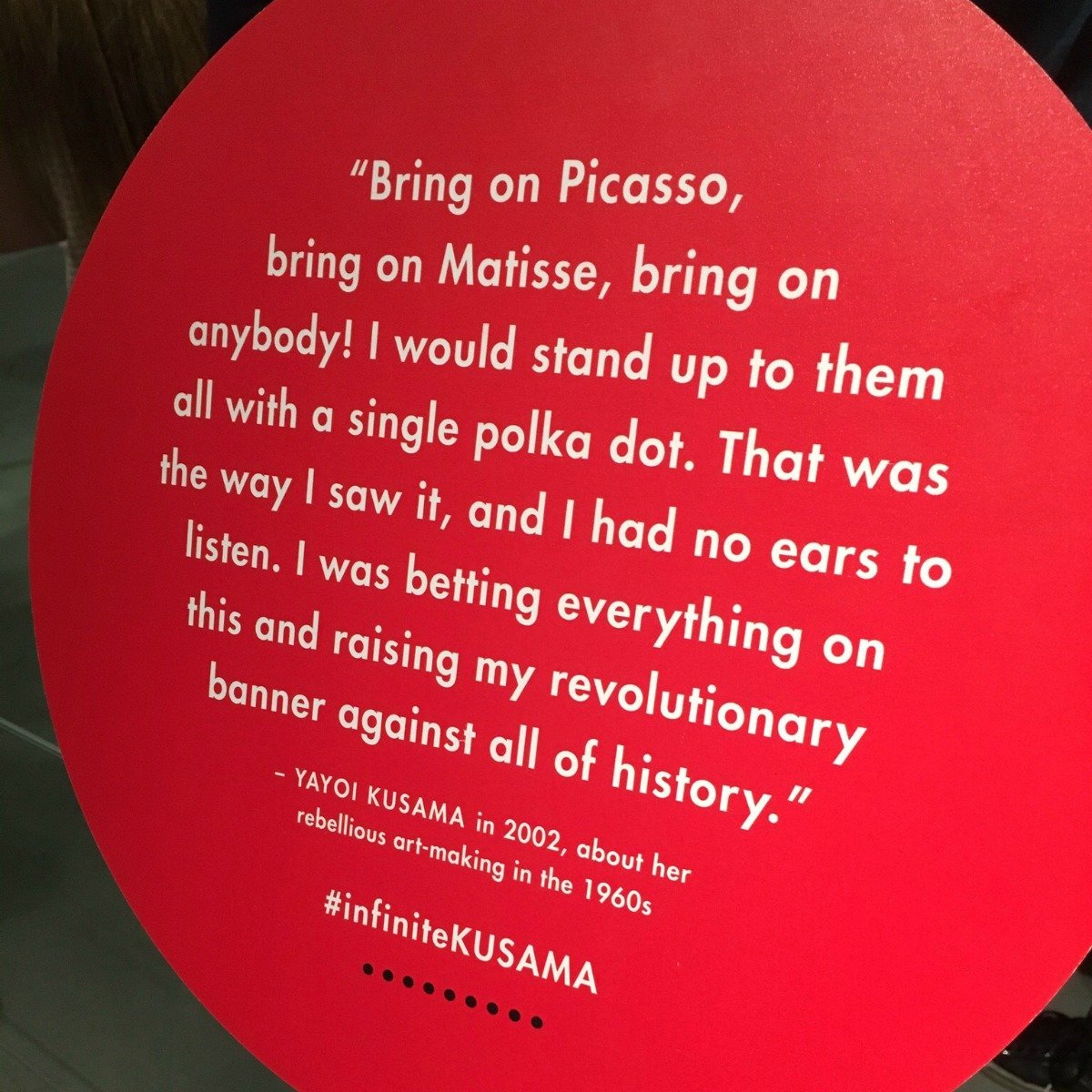 “Guided by her unique vision and unparalleled creativity, critically acclaimed artist Yayoi Kusama has been breaking new ground for more than six decades. In 1993, she became the first woman to have a solo presentation at the Venice Biennale’s Japanese Pavilion, and in 2016, Time magazine named her one of the world’s most influential people.” 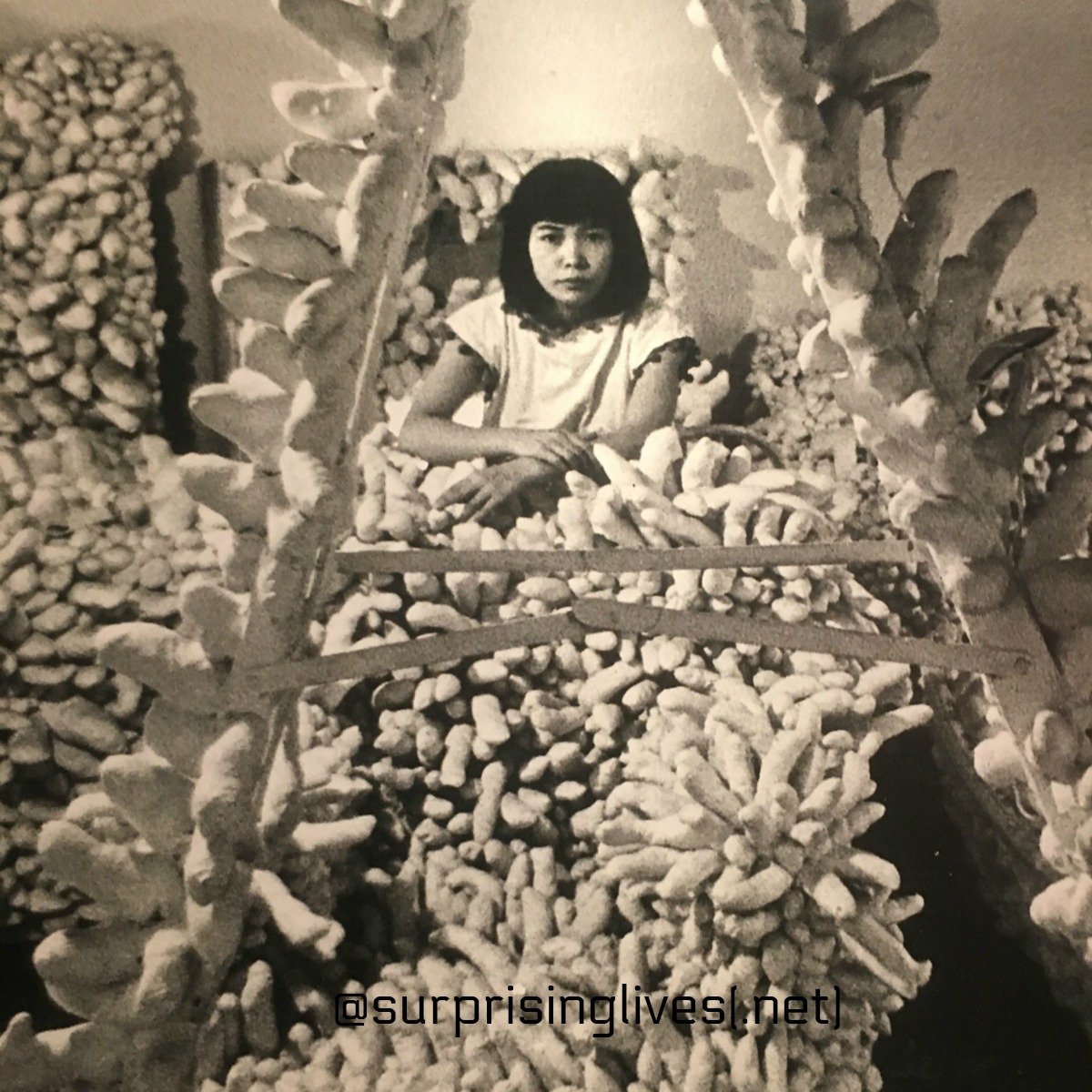 Born in 1929, Kusama grew up near her family’s plant nursery in Matsumoto, Japan. At nineteen, following World War II, she went to Kyoto to study the traditional Japanese style of painting known as Nihonga. During this time, she began experimenting with abstraction, but it was not until she arrived in the United States, in 1957, that her career took off. Living in New York from 1958 to 1973, Kusama moved in avant-garde circles with such figures as Andy Warhol and Allan Kaprow while honing her signature dot and net motifs, developing soft sculpture, creating installation-based works, and staging Happenings (performance-based events). She first used the mirror as a multi-reflective device in Infinity Mirror Room—Phalli’s Field, 1965, transforming the intense repetition that marked some of her earlier works into an immersive experience. Kusama returned to Japan in 1973 but has continued to develop her mirrored installations, and over the years, she has attained cult status, not only as an artist but as a novelist.” Art Gallery Of Ontario. 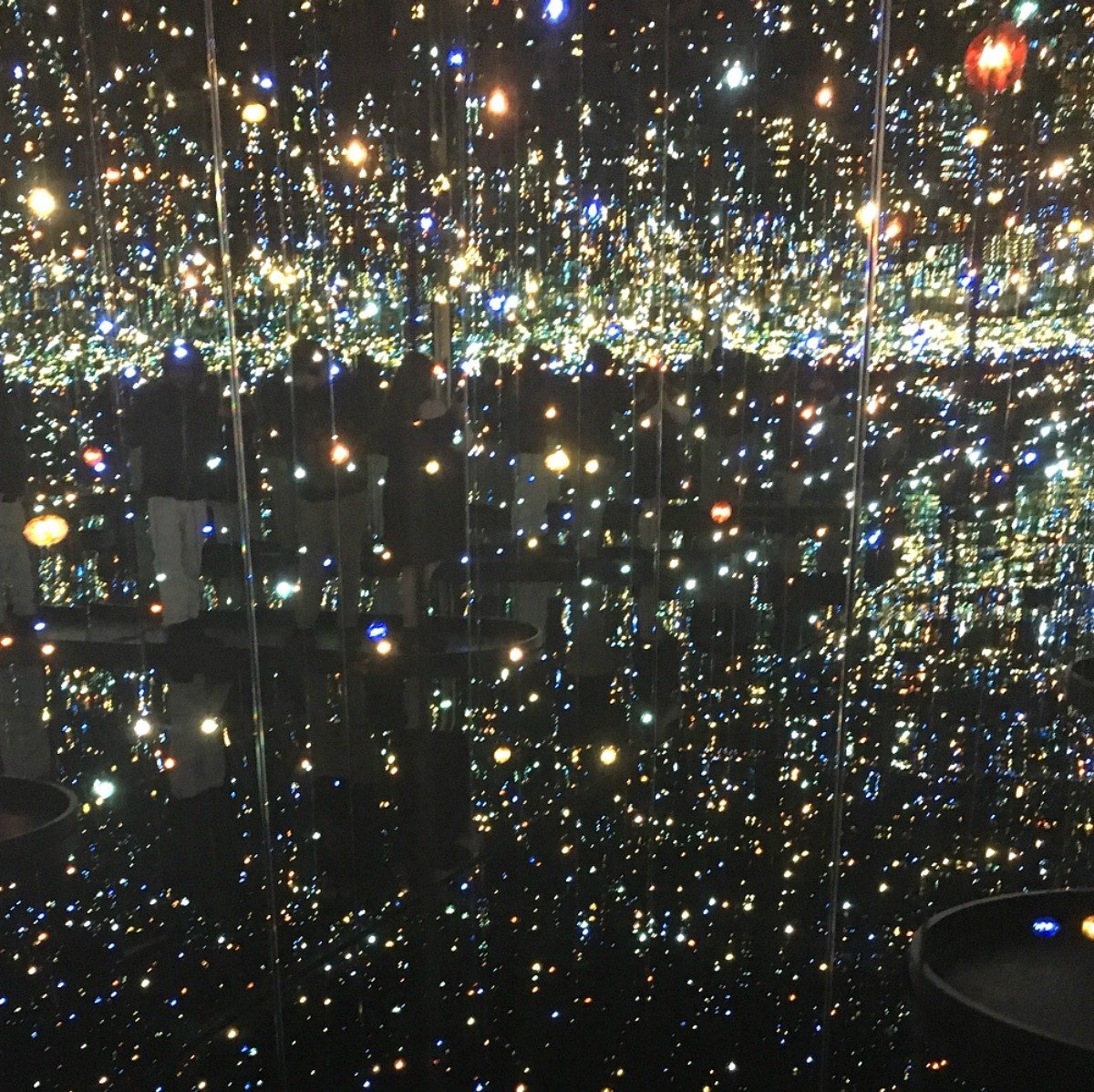 “Infinity may be a difficult concept to grasp, but it is easy to contemplate when you step inside one of artist Yayoi Kusama’s iconic Infinity Mirror Rooms in the exhibition Yayoi Kusama: Infinity Mirrors. Rich with key works from the contemporary Japanese artist’s significant 65-year career, this major exhibition also shows the evolution of her immersive, multi-reflective installations, in which she invites you to share in her unique vision.” 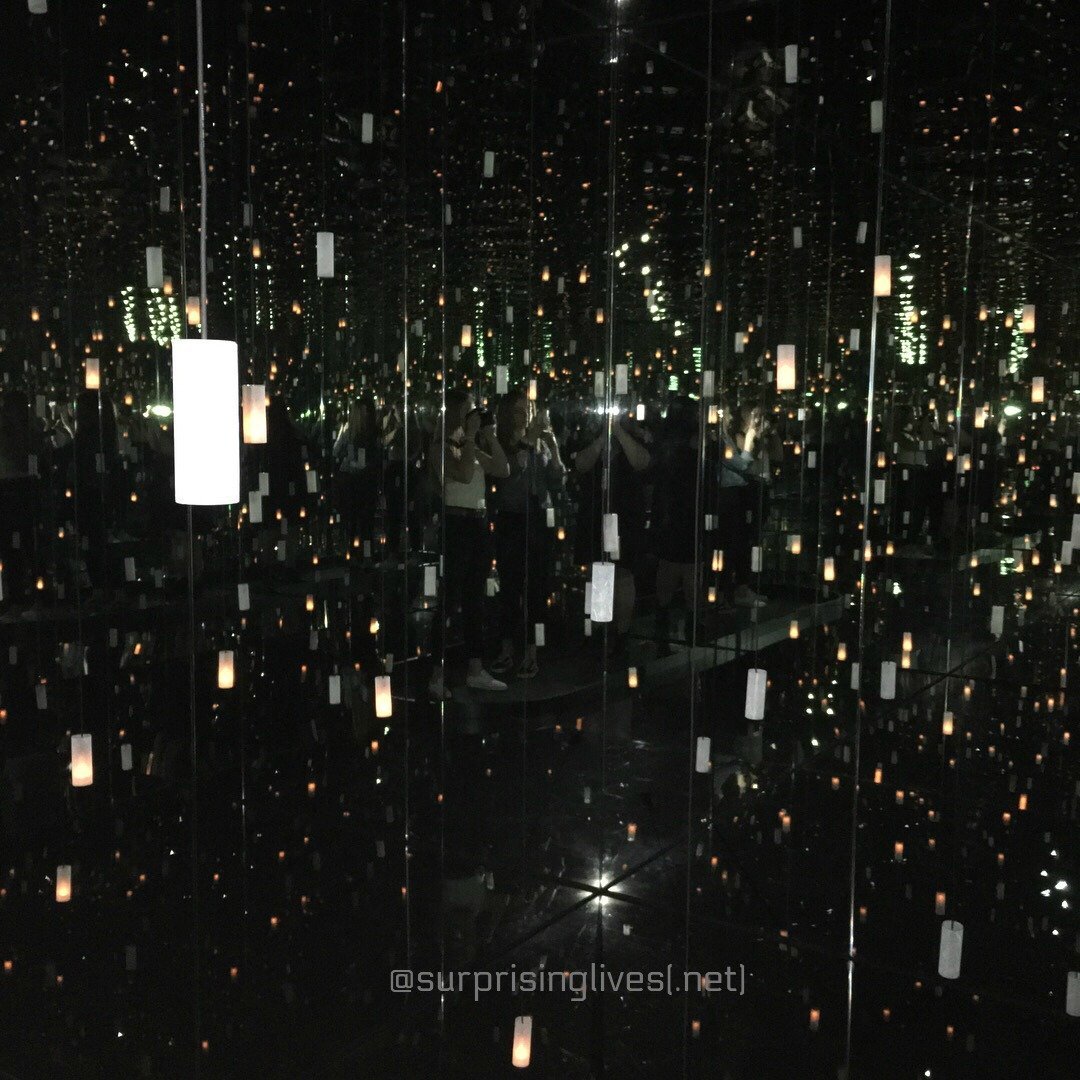 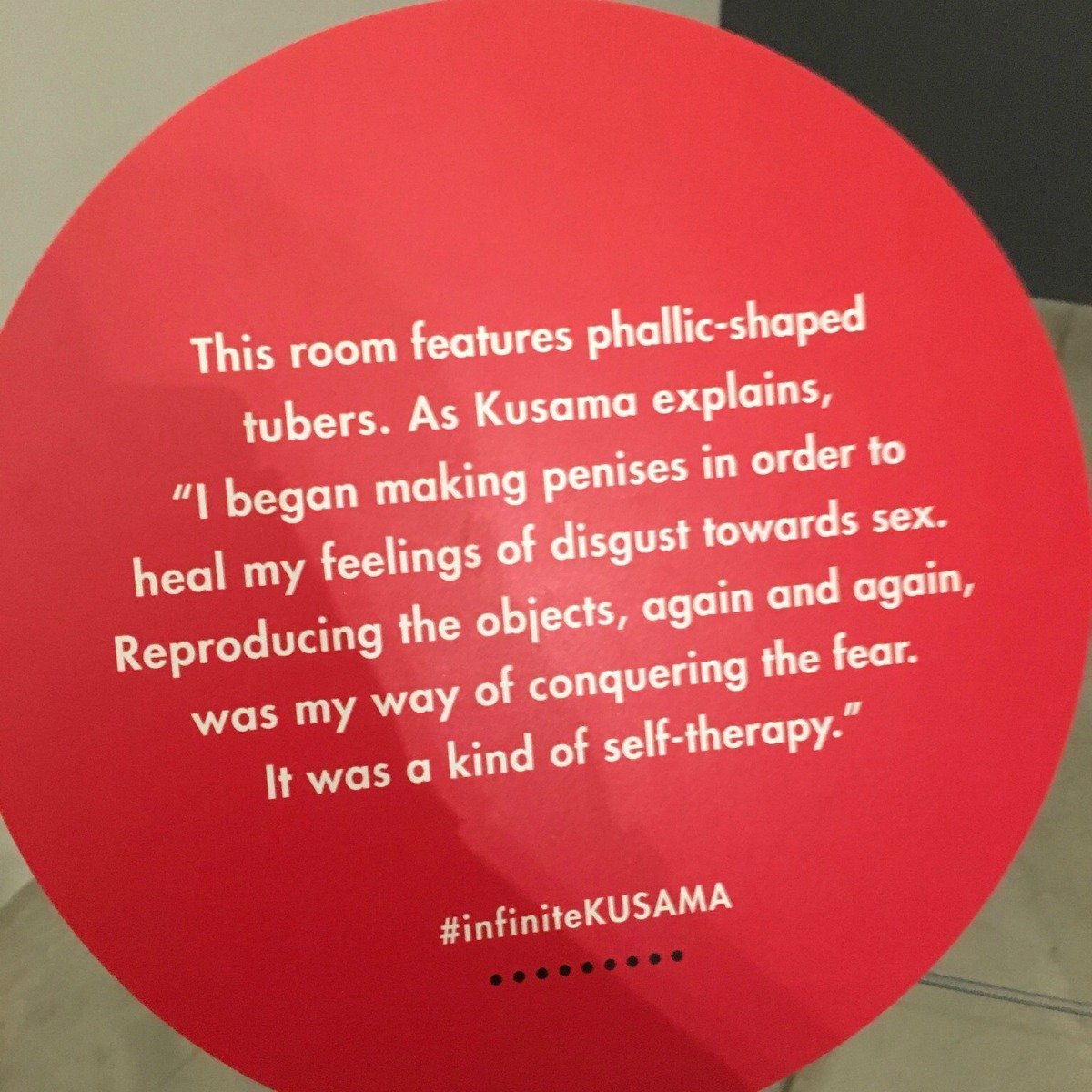 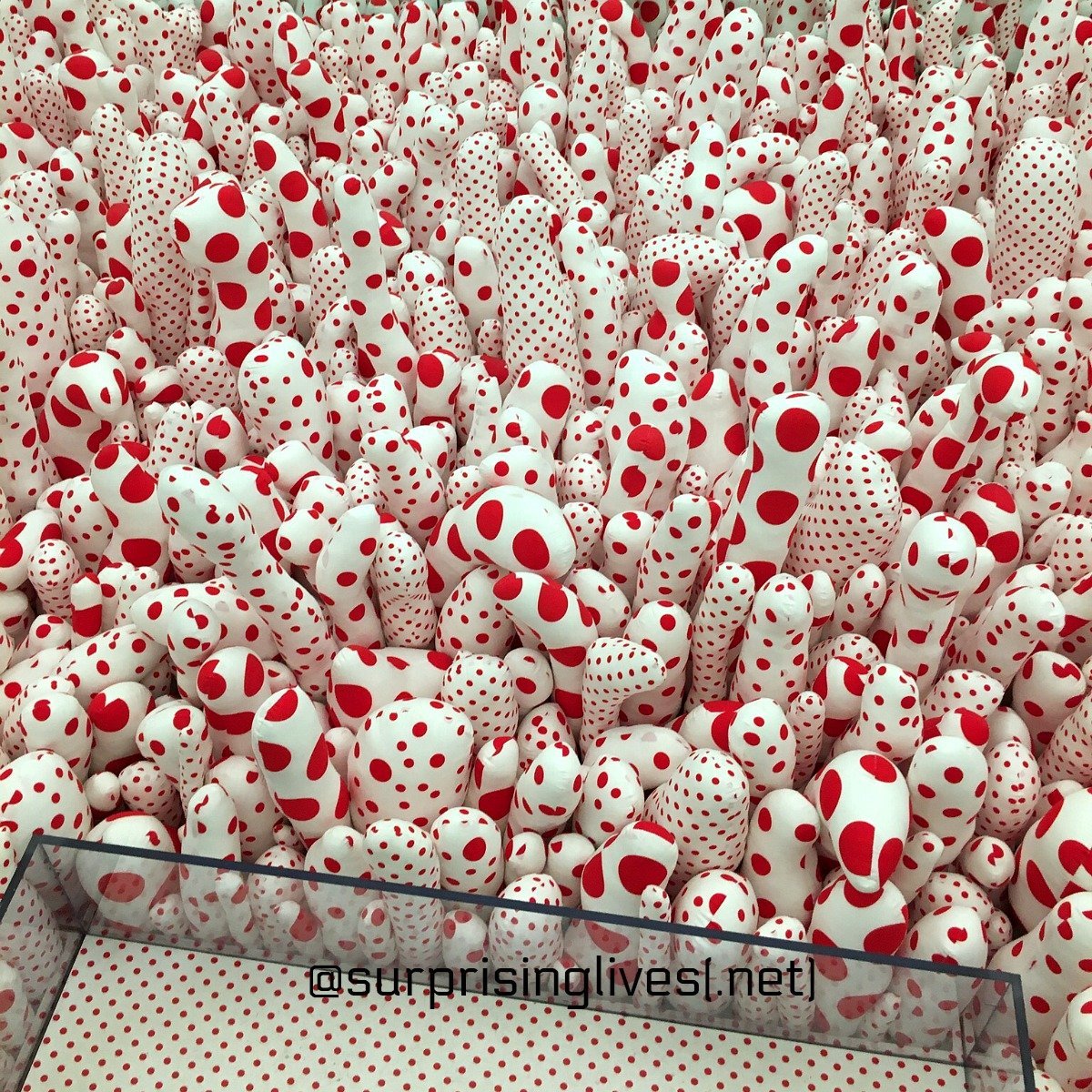 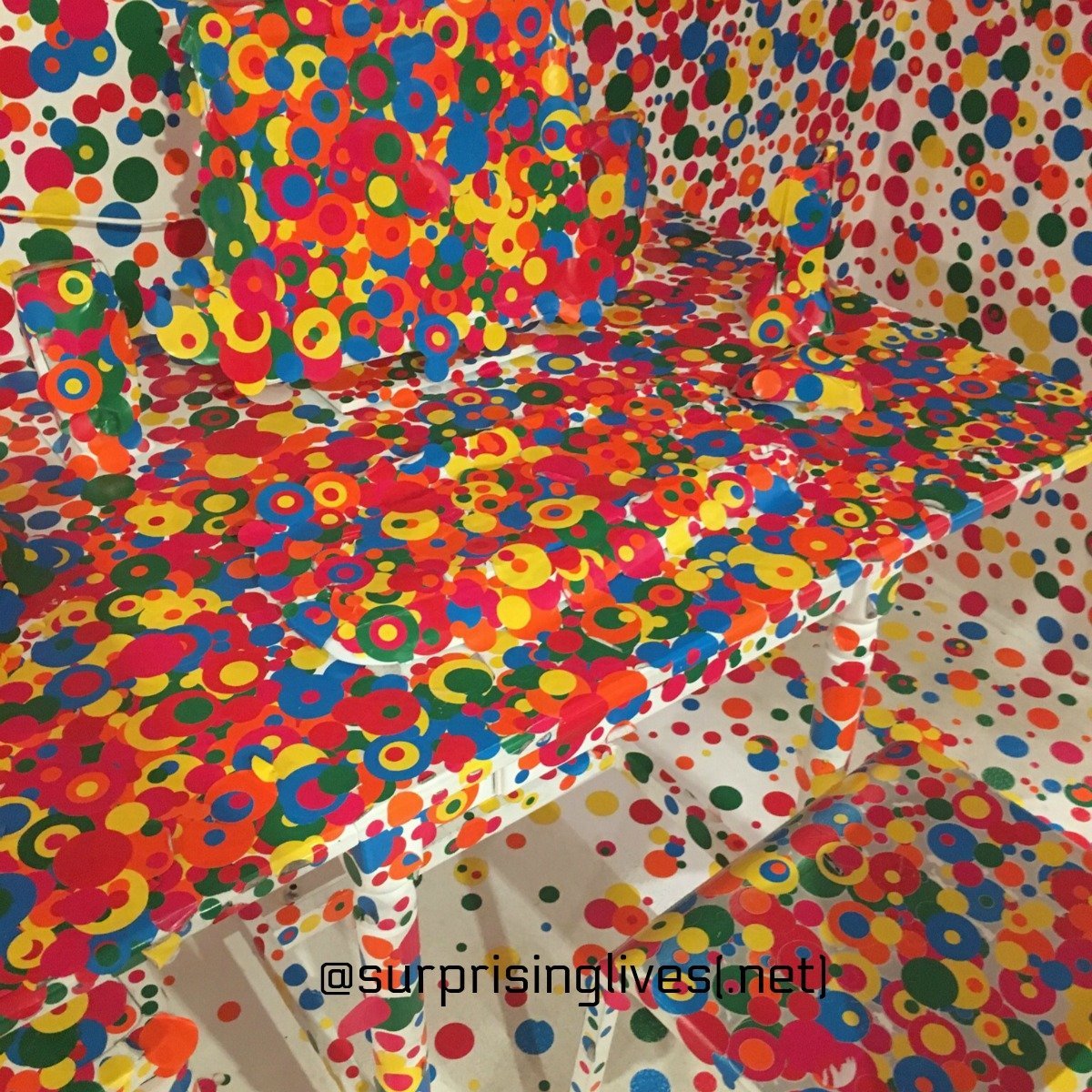 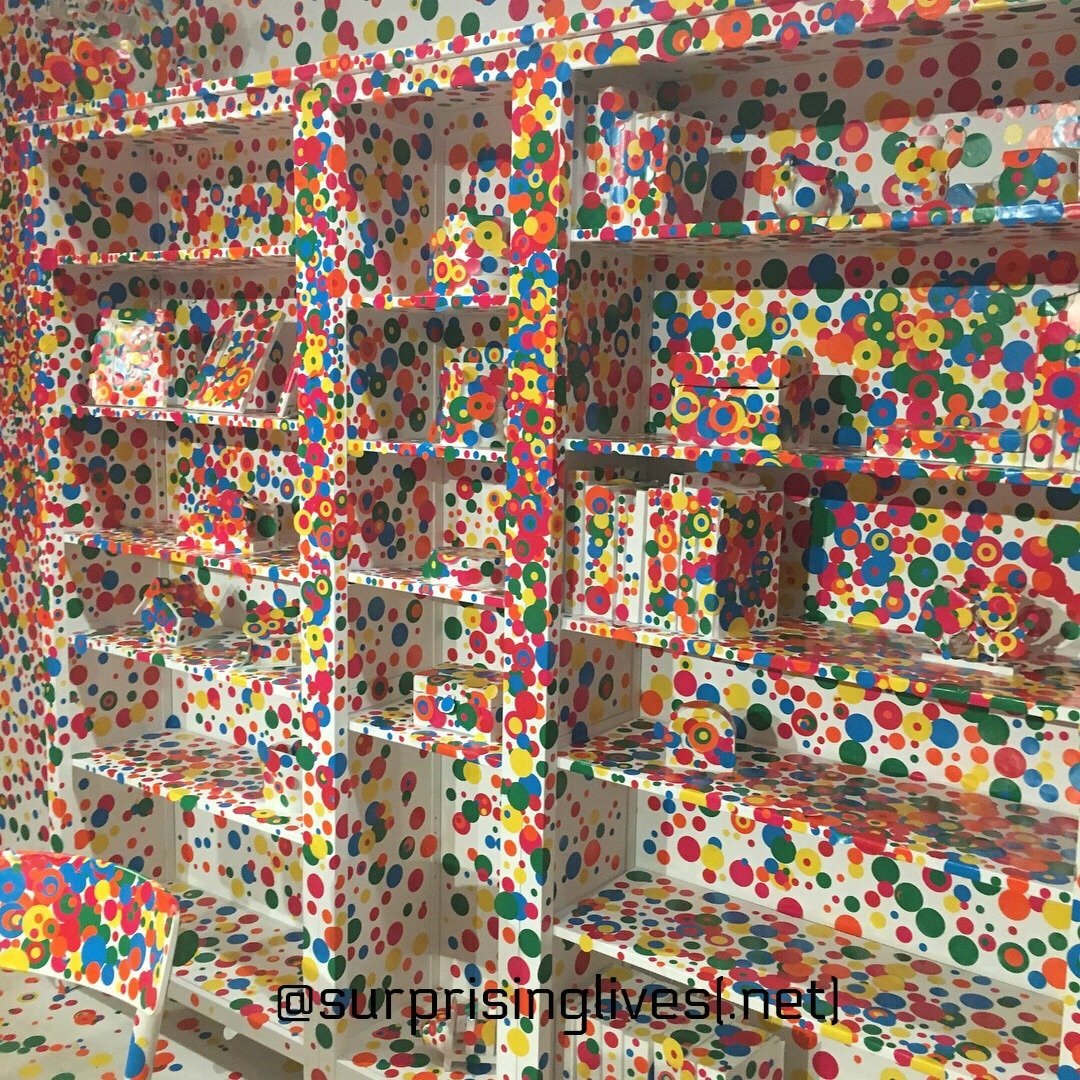 I love how the dots and roundness of Yayoi’s work play against the Lines of each exhibition. They create an exquisite contrast.

I hope you are as impressed with Ms. Kusama’s art as we were. Photographs are courtesy of Surprising Lives’ contributing author, Emily May Wilson.

Wisdom From A Truck Driver And His Dove – Video.
Next Post: If You have A Dream…