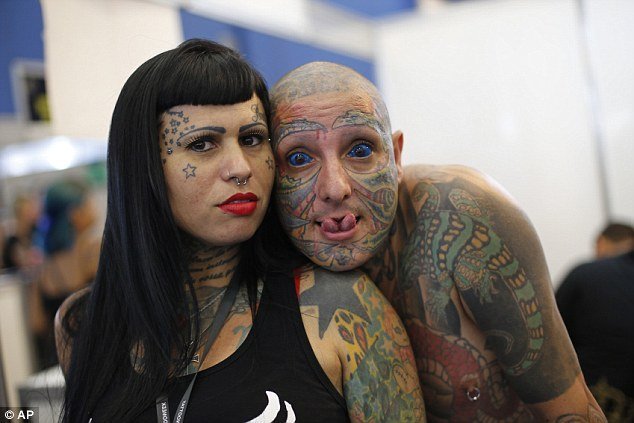 Thousands gather as Brazil hosts an International Tattoo Convention. All of the attendees hope that events such as these will help make tattooing more acceptable in mainstream society.

Although getting a small and often hidden tattoo has become quite the trend, the tattoos at this convention are very over the top in comparison.

“People can see we’re not seven-headed monsters!” (one man has both his EYES inked)

Tattoo artists from Brazil and around the world gathered on Friday in Rio de Janeiro for the opening of the city’s ‘Tattoo Week’.

With over two hundred stands, tattoo aficionados were able to pick and choose from thousands of designs from the best and most diverse tattoo artists participating in the event, which is now in its third edition. 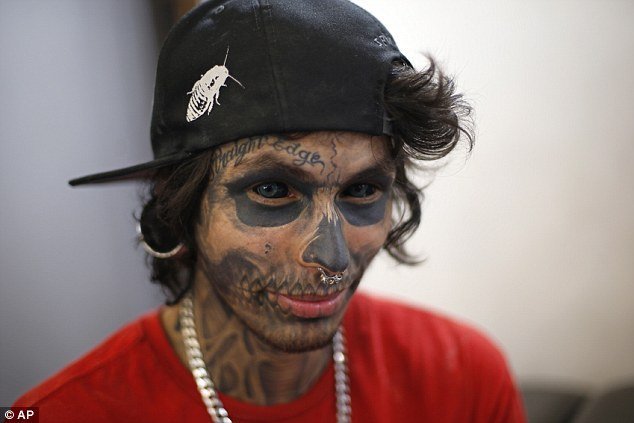 The fair also holds several contests, including ‘Miss Tattoo’, and results will be made public on the last day of the event.

Tattoo artist and Miss Tattoo 2014 Barbara Alt said that the tattoo scene has changed a lot over the years. ‘Ten years ago it was quite different than it is today. ‘Nowadays there are these events, which popularise tattoos even more,’ she said.

Post from the original article written by John Hutchinson for Mail Online.Jan. 17 2015

Read more of the original article.

The Return Of Pluto
Next Post: Does Building A Sculpture Correct The Tragedy?

An ocean reprieve from Nova Scotia

Silent whispers in the fog