You are here: Home / How 2 Navigate Life / Strength For Women After Hardships 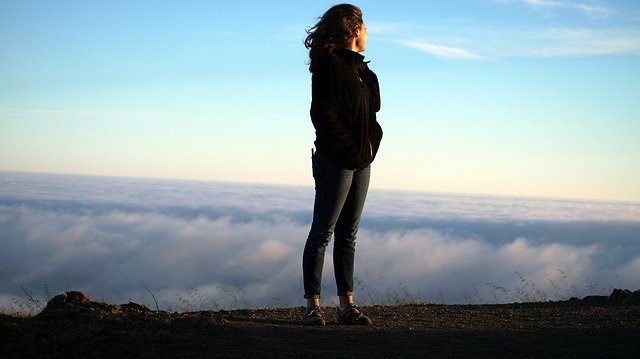 The following is a reading that I found which is a superb combination of insights from Clarissa Pinkola Estes and Elizabeth Gilbert. Included is a quote from the book Women Who Run With The Wolves by Clarissa Pinkola Estes and also additional commentary from Elizabeth Gilbert. Ms Gilbert who is known for her motivation book Eat, Pray Love. I hope you enjoy the message.

Dear ones,
I’ve always loved this quote, from WOMEN WHO RUN WITH THE WOLVES, by Clarissa Pinkola Estés.

“There is a time in our lives, usually in mid-life, when a woman has to make a decision – possibly the most important psychic decision of her future life – and that is, whether to be bitter or not. Women often come to this in their late thirties or early forties. They are at the point where they are full up to their ears with everything and they’ve “had it” and “the last straw has broken the camel’s back” and they’re “pissed off and pooped out.” Their dreams of their twenties may be lying in a crumple. There may be broken hearts, broken marriages, broken promises.”   ― Clarissa Pinkola Estés, Women Who Run With the Wolves: Myths and Stories of the Wild Woman Archetype

There is such deep truth in this statement — that all of us will have to choose at some point in our lives whether to become bitter or not. And she is right — the choice usually comes in middle age.
Why? Because if you have been around for three or four or five decades, the fact is — some really crappy things have probably happened to you…just by EXISTING.
You’ve been dumped; you’ve been lied to; you’ve been betrayed; you’ve been physically harmed; you’ve been disappointed; you’ve disappointed yourself; you’ve had people fail you and you have failed yourself; you’ve been fired; you’ve been discriminated against; you’ve been unfairly blamed; you’ve been taken for granted; you’ve been stricken with disease; you’ve been impoverished; you’ve lost the people you loved most in the world; you’ve been screwed and sued and abused and used…
I don’t care who you are, or how pretty your life may look from the outside — after a certain number of years, it’s just a fact: some shit has gone seriously wrong for you.
But this is where the interesting part begins.
Because now you have a choice.
What kind of a person are you going to be, from here on out?
What’s the rest of your life going to look like?
If you decide to become a bitter person, who could blame you? Chances are, you have a list of offenses as long as your arm to justify that choice. The world is a hellhole full of liars and scumbags, and you are its victim, and you can produce 87 reasons to prove it — and nobody can dispute your claims because it’s all TRUE.
Or, you can become something else.
Thanks, Elizabeth Gilbert

My favourite line from Elizabeth’s writing above is “What’s the rest of your life going to look like?” I love that line in particular because it alludes to one of my first beliefs. My belief is: How is your life working for you? If it isn’t working, change it, no excuses or doing the same thing over and over expecting different results. Right?
Both Clarissa Pinkola Estes and Elizabeth Gilbert have offered support to, encouraged, and inspired women for many years. I have featured a few of Elizabeth Gilbert’s quotes on my different sites. I encourage any woman to read either, or better yet, both of their great writings and books.

That Train Of Thought~Quote
Next Post: At A Loss For Words