You are here: Home / How 2 Navigate Life / How To Stop Feeling Like A Failure. 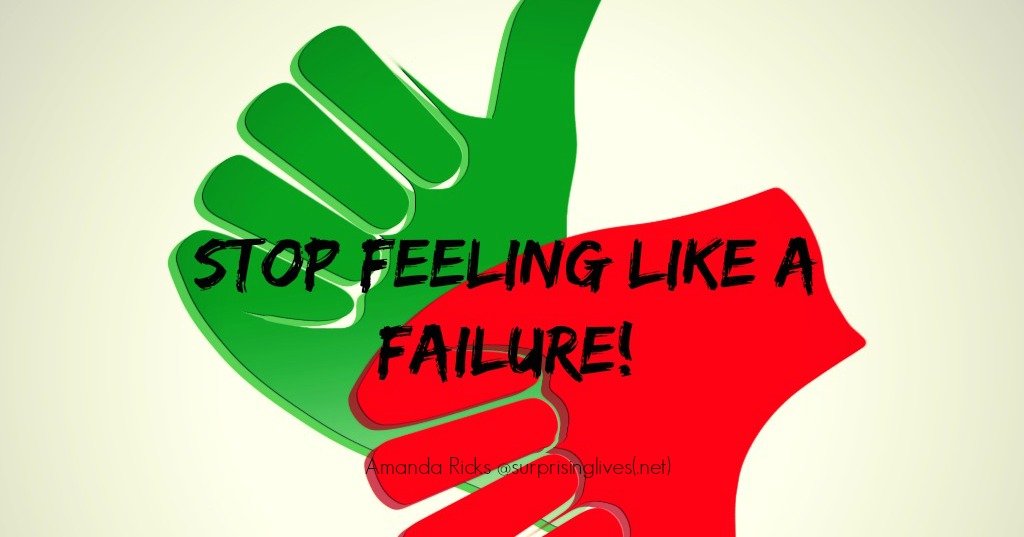 Some people who have failed more times than you and I can count are happily continuing in their work.

There are others who have achieved more than most of us can imagine, who go to work each day feeling inadequate, behind, and yes, like failures and frauds.

These are not cases of the extraordinary. In fact, external data or standard measures of success are almost useless in figuring out whether or not someone feels like a failure.

Failure (as seen from the outside) is an event. It’s a moment when the goal isn’t met or when a project isn’t completed as planned. Whereas feelings are internal and often persistent.

As a result, if you want to have a feeling, or have been programmed to view yourself in a particular manner, you will. If you expect to find proof that you are a failure, you will. You will grasp at whatever tiny scrap of inference exists and pull at it until it fits and confirms your feelings.

So the answer to overcoming feelings of failure is to stop seeking and engaging in the false theory that you need to succeed in order not to feel like a failure.

The change that needs to occur is in your thinking of yourself as a failure. If you act on this misconception, you are setting yourself up for a lifetime of misery. Daily you will ignore all of the wins and only remind yourself of the losses.

Instead, begin with the idea that the best way to deal with a feeling is to realize that it’s a feeling, and it’s yours, it isn’t a truth based on fact.

Start there and see what amazing things happen.

Author’s Note: I decided to re-write and re-publish this post because as I have mentioned before I have and still do at times get distracted by “outside” success. To be more specific, sometimes I get too caught up in the numbers game.

This situation particularly bothers me when I see people that are so caught up in having public displays of success that they resort to cheating and or faking their success. Sadly this phenomenon is all too common.

I hope that this post helps refresh everyone’s memory as to the true path to success.