You are here: Home / How 2 Navigate Life / Does Sleep Affect the Mind and Body?

Sleep affects the mind and body and lack of sleep is said to have a detrimental effect on your mind and body.  I’m sure you’ve heard these statements numerous times before. Perhaps also, like me, you continue to play beat the clock and function on minimal sleep. So here is a summary of the latest news, studies and results on sleep. Maybe after reading these latest ideas, it will help you understand your position on this subject.

INTERESTING SLEEP NEWS:
The Polyphasic Society website has a section devoted to teaching members how to “repartition” their sleep stages, dream lucidly, and even learn calculus or Shakespeare while sleeping. The subreddit r/polyphasic on Reddit.com has more than 2,300 followers, with messages ranging from “How does this schedule sound?” to “Is this actually okay to do?”
STUDIES:
In an elaborate 2008 study, Daniel Mollicone and colleagues assigned participants to one of 18 different sleep regimens. Each pattern differed in terms of total sleep (between four and eight hours) and the timing of sleep, with various combinations of daytime and nighttime naps. After 10 days—when participants were tested on reaction time, behavioural alertness, and cognitive accuracy—the sleep-deprived subjects performed significantly worse than those who were more rested—in other words, the sleep schedule itself did not play a role in performance.
And the complications following sleep deprivation are seemingly endless. Just one all-nighter alters your immune system. Sleep loss also affects everything from growth to body temperature. Just a week of mild sleep restriction significantly increases inflammation. A 2013 study reported that the transcription of as many as 700 genes is altered after one week of six hours of sleep per night. Memory, decision-making, and attention are significantly reduced with chronic sleep loss, and even weekend recovery sleep was shown to be insufficient in reserving attentional deficits that built up over the workweek. In a meta-analysis of 1.4 million individuals, those who regularly slept less than seven hours per night even had a 12 percent increased risk of death.

Another study, published in 2014, studied pairs of twins and identified a mutation in a different region of the same gene. One twin slept an hour shorter on average than his brother. When restricted to four hours of sleep per night, the man with the DEC2 mutation performed significantly better than his brother on a cognitive task and required less recovery sleep afterwards.
Many questions remain about these natural short sleepers. Are they missing out on important “restorative” time, or is their sleep simply more efficient than the average persons? Do they develop cardiovascular or cognitive problems as they age, like those who are regularly sleep-deprived?  Are they at increased risk for early death? And surely other genetic mutations for short sleep exist—what are they?
THE ANSWER:
The answer really seems to be that there is no cut and dried answer. Obviously, people belonging to the Polyphasic Society support shorter sleep requirements. Researchers and most medical professionals support at least 7 hours of sleep a night. These contrary positions seem to leave us where most things do and that’s in a position to find out and decide what works best for us individually.
On that note, have a good night’s sleep, be it long or short.
Resource: 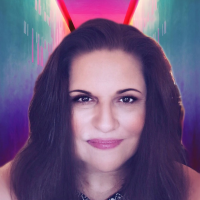 Amanda is a Global, Blogger, Writer, Social Resource and Digital Specialist, and Counsellor.
She loves to write, help others, and spend time with her incredible daughters and adored cats.

IQ Myths: Is Genius Innate or Learned?
Next Post: Get A New Lease On Life »

We are always interested in your response, comment, or question. Our comments are never closed. Cancel reply

be gentle to yourself

How to succeed when it feels impossible; featuring Lilach Bullock

A shout out to women over forty!