You are here: Home / News / Sharbat Gula, Searching For The Afghan Girl 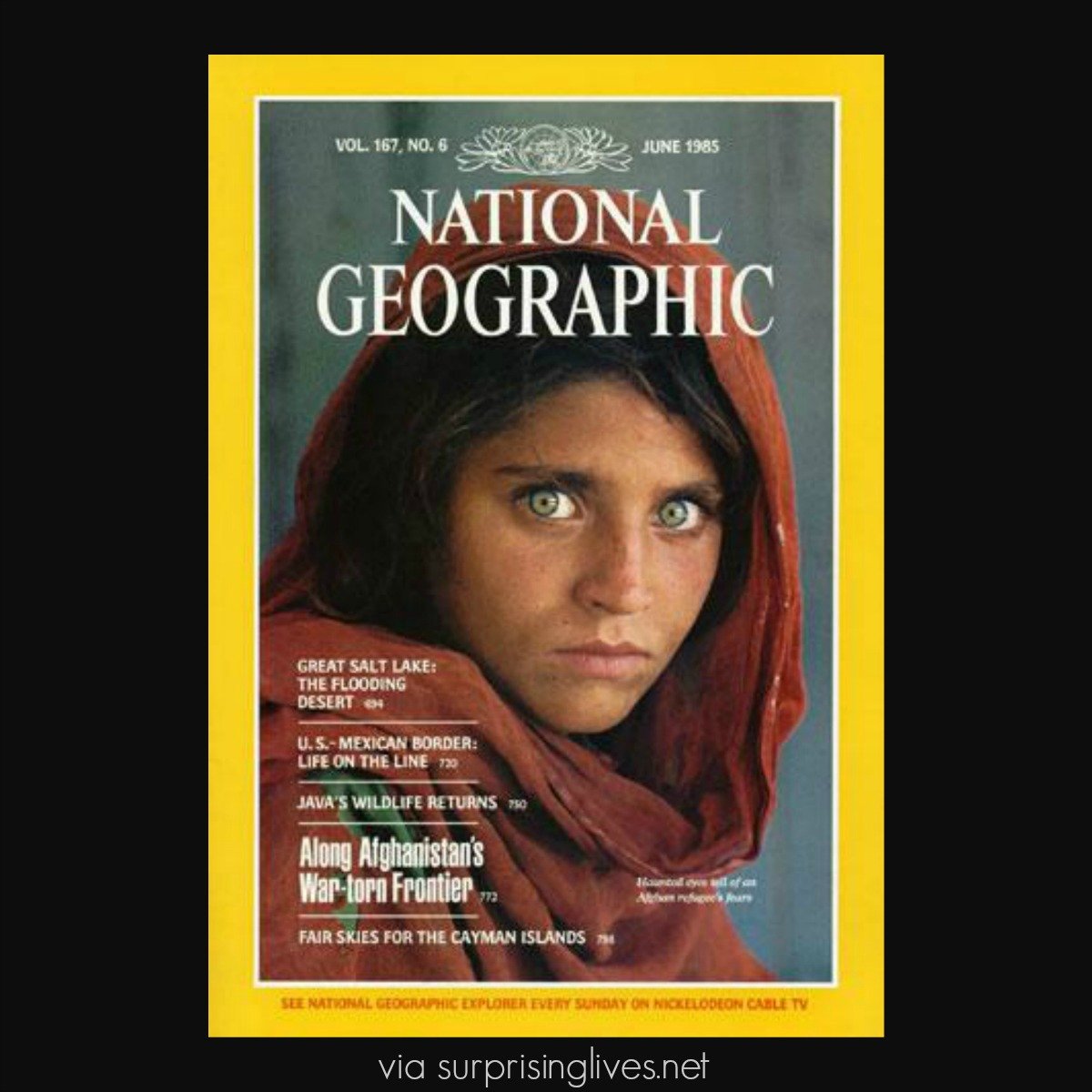 For seventeen years Photographer Steve McCurry was haunted by the young girl with the mesmerising green eyes that he photographed in Afganistan in 1984. As he says, not a week goes by when someone didn’t ask about “The Afghan Girl.”
Sharbat Gula. Her name, in the Pashto language of the Pashtun people, means sweetwater flower girl. Many women share the name Gula; it shows the love of the citizens for flowers. But sadly, Shabat’s life did not live up to the suggested beauty of her stunning portrait or unusual name.
Unfortunately, during the many years since Steve McCurry had first photographed her in a school tent in Afghanistan, Sharbat had lived a life filled with terror, fleeing back and forth across the border between Afghanistan and Pakistan, dodging war and violence. As the world gazed upon her frozen idyllic photograph, she was living a brutal reality.
Steve McCurry finally decided that he had to try and find “the Afghan Girl” one more time and see what had happened to her. But the quest and journey turned out to be quite challenging and at times seemed as if it would be a failure.
Below are two videos that depict the journey that Steve McCurry and his crew took in their search for Sharbat. I’m so glad that they persevered, it’s an inspiring story, and I hope you enjoy it as much as I did.