You are here: Home / Uncategorized / Why Won’t I Just Listen To The Man: Updated

Jeff Goins is one of those guys who knows his stuff. So when he suggests something to you, it’s probably a good idea to at least give it some thought. Quite some time ago Jeff and I were following each other on Twitter, and I got a message about how the most important thing for me to do was to find my voice. Huh? 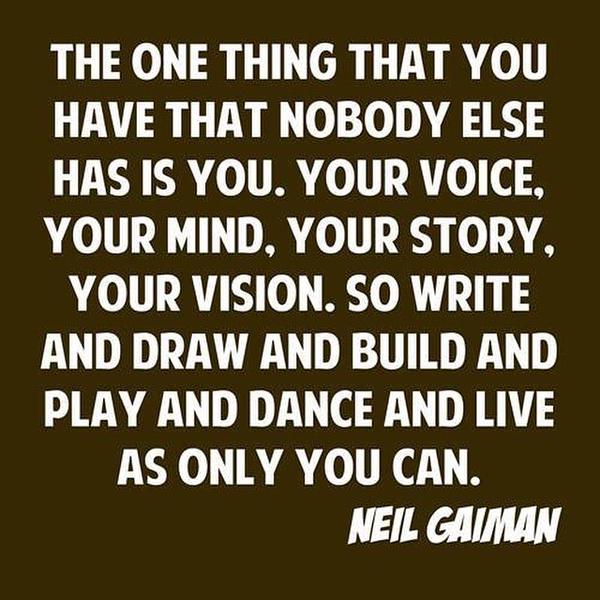 Being the new girl on the block, I, of course, let this nugget of advice get filed somewhere in the archives of my muddled mind. Onwards I toiled.

However, I still get Jeff Goin’s newsletter and guess what the topic of the last one was? Yup, finding your voice. Here is an excerpt.

“I love telling people that my current blog was my ninth attempt at blogging. What happened to the other eight? Well, they were total flops. That’s right. I had to fail eight different times before succeeding once.

It turns out; this isn’t as rare as you might think.

It took me seven years to learn a simple lesson that made a world of difference. And after years of frustration, I figured out why those other attempts at blogging didn’t work. In fact, I see other writers making the same costly mistake I made over and over.

Most people think successful blogging is about traffic or trends or, even worse, a specific topic. I certainly did. Addicted to analytics, I was a slave to the whims of the masses. I wasn’t writing from the heart, and it showed.

Virtually nobody read my stuff, and even fewer people liked it. I sure didn’t. Feeling like a fake, I was on the verge of giving up. But then I discovered an important truth, something I had been overlooking since I started sharing my words on the Internet.
Once I embraced this, it changed everything. Here’s what I learned:
“Good writing isn’t about finding the right topic. It’s about finding the right voice.”

I think maybe it’s time I listened to the man. I have a voice; I know I do. But it’s somewhat scary just to let it out. What if readers hate what I have to say? It’s the old people-pleasing thing again. When will I just remember that realistically you can only hope to please some of the people some of the time and no one all of the time?

I know I have to do this thing. Take a stand for heaven’s sake, a risk Amanda and just put it out there for all to see. Yeah, okay.
I’ll let you know how it goes.

Note: This post was originally published in 2014. I have learned a lot since then but reading this post is always a good reminder for any writer.

Sharbat Gula, The Afghan Girl: Where Is She Today?
Next Post: Allie: A Gut-Wrenchingly Beautiful Love Story